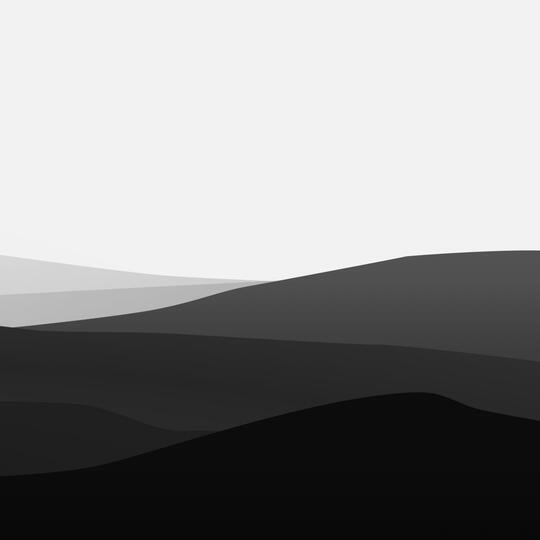 assistant professor of instruction
university of texas at dallas

Laura Beltz Imaoka is a learning practitioner in the digital humanities. She supports practice-based learning that complements traditional forms of assessment. Her research interests engage the areas of visual studies, film and media studies, and critical geography with a particular interest in the political economy of geospatial technology, ecomedia, and the (geo)spatial imagination of disasters.

Laura has published in Communication, Culture, and Critique, the edited collection, Extreme Weather and Global Media (Routledge, 2015), as well as collaboratively in Environmental and Planning A and The Canadian Geographer. Currently, Laura is an Assistant Professor of Instruction and Assistant Dean of Academic Affairs for the Schools of the Arts, Technology, and Emerging Communication at the University of Texas at Dallas where she teaches courses in Critical Media Studies. She received her Ph.D. in Visual Studies from the University of California, Irvine, and her M.A. in Anthropology from California State University, Northridge.

Writing for ATEC
2019+ | Arts, Technology, and Emerging Communication
University of Texas at Dallas
This writing intensive course focuses on the genres of writing associated with arts, technology, and emerging communication. ATCM 3301 trains students in the process of writing about media (animation, design, games, and so forth) for a variety of audiences. Writing assignments and presentations prepare students for the types of writing that are common in the media and cultural industries including formal analysis, interpretation, the personal or artist’s statement, and project proposals.

Reading Media Critically
2018+ | Arts, Technology, and Emerging Communication 2230
University of Texas at Dallas
This course addresses how to think and write critically about media and society. Throughout the semester, we will develop a conceptual toolbox that allows us to explore, critique, and speculate on the culture we produce and consume. We will discuss foundational ideas in critical theory and relate these ideas to current social issues and media productions. Theory works when it shapes how we talk about the world and enables us to trace potential avenues for changing it. Therefore, throughout the semester we will build on the theoretical knowledge of the course to think collectively about how media could operate otherwise.

Critical Media Research Foundations
2017+ | Arts, Technology, and Emerging Communication 2230
University of Texas at Dallas
This course focuses on scholarly research and writing. Students will practice critical media analysis supported by close reading; learn how to identify and incorporate appropriate secondary sources; and learn to build arguments through thesis-driven writing. While a number of media will be examined in the course, the chief emphasis will be on developing media literacy in support of research and writing rather than on the particular details of any one medium.

Critical Media Theories
2017-2018 | Arts, Technology, and Emerging Communication 3320
University of Texas at Dallas
We live in a media-saturated world, surrounded by the pervasiveness of social media, texting and blogs, gadgets and Google, YouTube and gaming, mobile media and big data. This introduction to the history and theory of digital communications examines ways of thinking about, and with, newer forms of media. The course will take a critical view of “new” media while narrowing in on how the Internet and its workings are transforming culture, entertainment, business, political engagement, our experience of subjectivity and identity, and our ideas of social connection. Students will be required to analyze their own use of these new technologies and to think critically about our digitized, media landscape.

Mediated Textuality
2017+ | Arts, Technology, and Emerging Communication 4326
University of Texas at Dallas
“New media may look like old media, but this is only the surface.” If we drill down far enough into any form of the digital we arrive at the level of binary code: 1s and 0s. This material commonality draws our attention to the layers digital objects possess from the surface, where text almost always coexists with images, links, and sound, to the source code. This production-intensive class tasks students with multimodal, multimedia composition. The class focuses on understanding the signifying strategies of and relationships between different media formats in their analog and digital forms while taking note of their historical contingencies along the way. It introduces the theoretical and material connections between text, image, sound, and moving image, detailing the unique affordances of each while considering how these layers play out atop a foundation of binary code, or that common materiality that makes the text object both digital and mediated. Students will learn to convey narratives and ideas in multiple media formats completing a portfolio composed of four separate digital media objects and a short paper, each of which foregrounds certain modes of making meaning.

Green Screen and Ecomedia
Summer 2015 | Film & Media Studies 39W – Writing on Film & Media
University of California, Irvine
This course will interrogate how various media such as fiction films and documentaries, television series, news media, and political activist campaigns have operated as sites for representing and engaging environmental issues such as climate change, pollution, the shortage of sweet water, the mass extinction of species, animal cruelty, and genetic modification. Examining various visual texts such as Hollywood movies with environmental themes, ecocritical documentaries such as An Inconvenient Truth (dir. Davis Guggenheim, 2006, USA), large-scale nature documentaries such as BBC’s acclaimed series Planet Earth, The Weather Channel, and Greenpeace’s media campaigns, this course will explore how past and present media constructs images and stories of human interaction with the environment. It will also examine the ideological assumptions and repercussions of these narratives on the agenda of national and transnational environmental politics. This is a writing intensive class, designed to hone student’s ability to critically think and write about popular media.

Disaster Cinema
Summer 2014 | Film & Media Studies 112 – Genre Study
University of California, Irvine
“Disaster movies” are films in which disaster – whether human or environmental, alien or accidental – is central to its commercial spectacle and audience appeal. But there are more to disaster movies than spectacular scenes of death and destruction. This course examines the spectacle of disaster as it is conceptualized, narrativized, and marketed in Hollywood and international cinemas. It follows the genre as it has historically developed and cycled through several generations and times of crisis since the 1970s. It will address the following questions: How do we imagine disaster cinematically? Why do filmmakers make disaster films when they do? In what ways do disaster films reflect the social, cultural, and political developments of the time in which they are made? Actual disasters such as 9/11 and Hurricane Katrina will be discussed alongside disaster movies to consider how the “imagination of disaster” evolves and responds to our contemporary situation.

Assistant Dean of Academic Affairs, ATEC (2020-2021)
University of Texas at Dallas
School of the Arts, Technology, and Emerging Communication

Co-author with Jim Thatcher. 2018. “The Poverty of GIS Theory: Continuing the Debates Around the Political Economy of GISystems.” The Canadian Geographer/Le Geographe Canadien 62(1): 27-34.

“Rain with a Chance of Radiation: Forecasting Local and Global Risk after Fukushima,” in Extreme Weather and Global Media, edited by Diane Negra and Julia Leyda, 191-214. New York and London: Routledge, 2015.